“I need a unit to sample and hold. But not the angry one. A new design.” Sample and Hold, music and lyrics by Neil Young 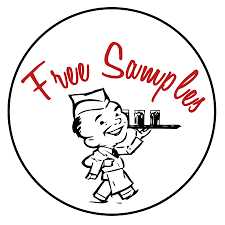 Digital sampling has become a staple of the recording industry. What’s sampling? It’s taking a snippet from one recording and splicing it into a new one. Typically, the sample is just a few bars, even a few notes. And it’s likewise typical for the producers and artists to digitally tweak those few bars or notes to alter their pitch or key and adding additional embellishments. As often or not, the listener is unaware that the “new” recording includes a “re-purposed” sample.

But is it kosher to lift a fragment from one copyrighted recording and implant into a new one?  That question has produced judicial sparring that rivals the most thorny of Talmudic conundrums.

“I am a lonely visitor. I came too late to cause a stir, Though I campaigned all my life

towards that goal. ” Campaigner by Neil Young

The race to win the Republican Presidential nomination, already awash with candidates, got weird this week when Donald Trump threw his hat into the ring. Weird not just because of The Donald’s trademarked boardroom bravado as he took on the competition. The Donald expected jibes from members of the press who he labeled as “losers,” and from the likes of “Jeb!,” Marco, Rand, Huckabee, and the rest of the GOP hopefuls. But his first opponent hails from North of the Border with “dream comfort memory to spare,” Yes, before Mr. Trump could begin proving his Presidential mettle, he had to tackle Neil Young.

“Got a idea tell you what let’s do
Let’s go out to that place on the Turtle Bayou
We’ll maybe get lucky, maybe get shot
It couldn’t be half of the trouble I got” Turtle Bayou by James McMurtry

You remember the Turtles? The mid ’60s group best known for the hit song “Happy Together?” The semi-parody love song that ended with the line “So Happy Together. How is the weather?” Not exactly the type of sheer profundity that propelled Lennon, McCartney, Dylan, and Paul Simon into Rock and Roll immortality. And yet, when it comes to the music of pre ’72 AM radio, the cornucopia of rock, soul, pop, psychedelic, country, and easy listening that all managed to coexist on stations such as WABC in New York and WFIL in Philly, the Turtles just may go down in history–not for their music, per se, but for their persistence in pursuing their legal rights.

“You got yourself framed on the wall. And people come by and they look at your face. And they say it’s the fairest of all.” Your Picture by Camera Obscura

Monkeys, apes, and chimpanzees have had a long history in front of the camera on the silver screen and television. What would Tarzan have been without Cheeta? Reagan without Bonzo? Eastwood without Clyde? Heston without his planet of them? And when it comes to TV, who can forget Peggy Cass, Jack Weston, and their trio of adopted chimps on the 1961-62 series “The Hathaways?” Well, almost everyone. (Even I had a hard time remembering the premise of that show, which aired when I was 5. But it goes to show you–casting a non-human hominid in even a mediocre sitcom leaves a lasting impression.)

But a monkey behind the camera, calling the shots? Hard to imagine, despite the infinite monkey theorem that posits “Give a thousand monkeys typewriters and infinite time and they will almost surely type Shakespeare’s plays.” But it’s actually happened, and it’s caused a copyright tussle that could be dubbed the “Rumble in The Jungle II.”  No, it’s not as violent as Ali and Foreman duking it out in Zaire before George traded in his gloves for a grill. But it’s a saga more captivating than any boxing match of recent vintage.

“Have you ever seen Dallas from a DC-9 at night?” Dallas by The Flatlanders

When you think of Dallas, many images snap to mind. The grainy, jarring frames of Abraham Zapruder’s home movie, Lee Harvey Oswald doubled over from the blast from Jack Ruby’s pistol, Tom Landry stalking the sidelines of the Cotton Bowl in his suit, tie, and hat, the portrait of Jock Ewing hanging over Miss Ellie’s mantle at Southfork, Tony Romo’s smirk, Larry Hagman’s devilish grin as JR Ewing over two generations of Dallas, the soap opera.

Trademarks, however, are not top of mind when you land at DFW or Love Field, not even as you make your way to the flagship Nieman Marcus in downtown Big D.

“They took the credit for your second symphony. Rewritten by machine on new technology.” “Video Killed The Radio Star” by The Buggles.

I’ve spent many happy hours browsing through the bins of second-hand record stores. Used LPs and CDs–some rare, some foreign, some familiar, all at bargain prices–what’s not to like? And all made possible by a provision of U.S. Copyright law called the “First Sale Doctrine.” That’s the same First Sale Doctrine that the Supreme Court recently interpreted in Kirtsaeng v. John Wiley & Sons, which was the subject of a post on this very blog. In that case, the High Court applied the First Sale Doctrine to textbooks purchased abroad and shipped to the States for resale here. The First Sale Doctrine also applies to recorded music, or what the Copyright law calls “phonorecords.” Under the doctrine, when you pay for a record, a cassette, or a cd, you have the right to do what you wish with it–play it endlessly, use it as a coaster or doorstop, and sell it to others. And you can do all that without getting permission from the copyright owner. The first sale “exhausts” the copyright, leaving the purchaser free of copyright restrictions if he or she tires of it and wants to sell it. But making more copies is another story– the First Sale Doctrine does not permit that. If it did, we could all go into the record business, copying our Beatles and Mumford and Sons CDs for fun and profit.